What better way to celebrate the end of Veganuary than with 25% off all vegan maki? 🤩 Available through January 31st! Click here to learn more. 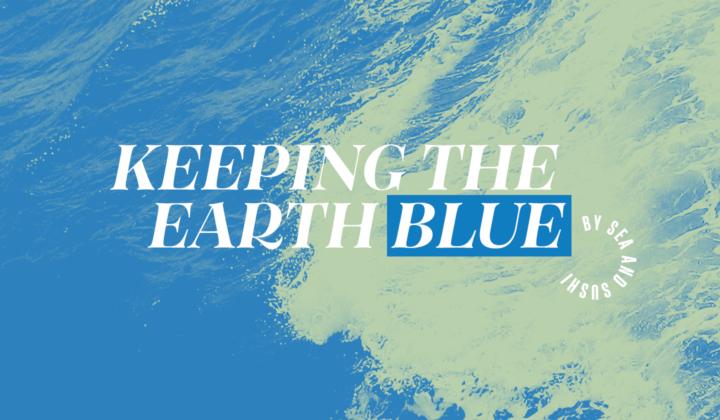 Featured How We Do It

What we can say however, and what we're so extremely proud of, is the fact that we've made the commitment to purchase our seafood from vendors that fish or farm in environmentally sustainable ways. With the help of our partner, the Monterey Bay Aquarium's Seafood Watch, we've pledged to never source seafood from the red or 'avoid' category.

The most direct way to say why we've chosen to make this commitment is simple; it's the love of our world's oceans and the remarkable species that call them home.

When one of our owners, Anthony Hitchcock, was asked why he felt that buying and selling only responsibly sourced seafood was so important, he bluntly stated, "because we have to do our part now, in hopes that my children and their children will be able to enjoy the pleasures that the ocean gives for years to come."

In some capacity and in their own individual ways, all four of the Flagship Restaurant Group owners grew up loving the water. Collectively, they all grew up fishing and at a young age, they each became transfixed with our oceans. Just waiting for their fishing lines to tighten and feeling that quick jolt of the fishing rod bending towards the ocean's floor. It's a feeling like no other and was something that triggered the passion for our oceans in each of them.

Now, we are four years into our Conscious Earth sustainability program, and although we're already working to expand it, we couldn't be more pleased of what's been accomplished so far.

Though we didn't get where we are today without a bit of blood, sweat, tears, and education.

After the decision was made to go full stream ahead with our program, our CEO, Nick Hogan, assigned the daunting task to his colleague, co-owner and Chief Culinary Office, Tony Gentile, and our Regional Operations Director, Nestor Rebolledo. Tony and Nestor knew one thing right away, and that was that they had no idea where to begin.

So, naturally they poured themselves a drink and got to work.

First things first, they knew they were going to need a nice space to start their research and education process. They cleared out a meeting space at the back of our home office and created what they liked to call their "War Room." Tony brought in a long, rectangular table with two chairs, and Nestor put up 360º of cork board. It almost looked as if they were about to plan an epic, homemade version of "Battleship!"

They didn't mess around though, and no games were played. Those two locked themselves in their war room all day long, for months on end, trying to wrap their heads around what responsibly sourcing seafood means and how we were going to implement a successful program. The determination of making it happen was at the forefront of every passing day.

Seafood that's sustainable is all about the way that it is either caught or farmed, while also ensuring that one does not forget about the future of the species, as well as the health and livelihood of the oceans they come from.

Tony and Nestor had a map of the world up in their “war room” and had specific-colored pins that they would stick into different parts of the map. They would then tie yarn around the pins to see where the seafood came from, how it was transported, and ultimately delivered to our restaurants. 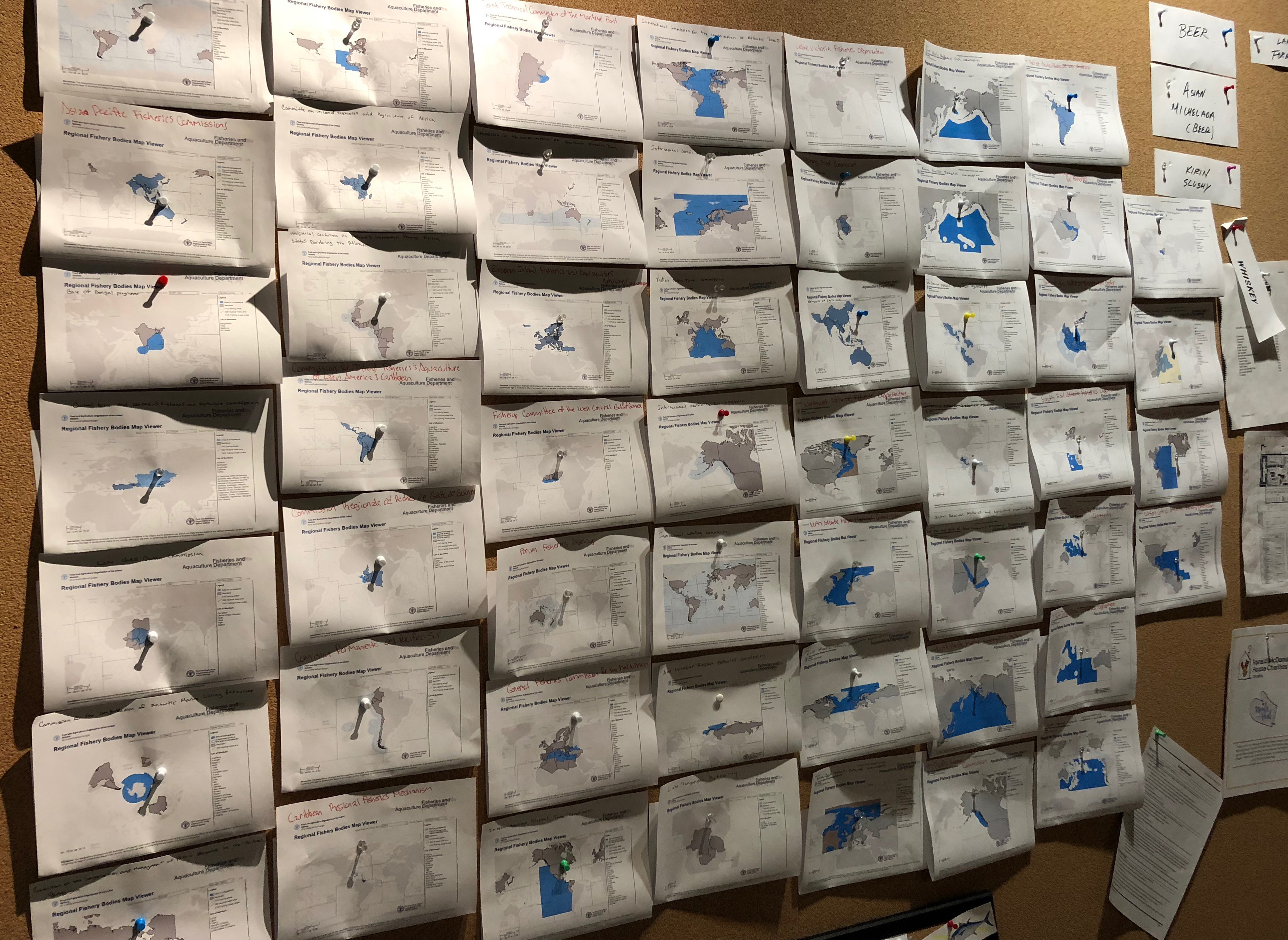 Nestor Rebolledo says, “at the end of the day, it all comes down to traceability and transparency." This is a reason why Eco-certified products are so important because you know exactly where that seafood came from. We’re able to trace it back to the actual spot where the seafood was caught or farmed, follow it to the fishery (or hatchery), and from there, to production. We can follow it from production all the way to the vessel that’s transporting it.

“There’s a chain of custody that happens with the seafood we purchase and us being able to follow and see it, that is very important”, says Tony Gentile. We have learned that just because something is Eco-certified doesn’t mean that they are following the best practices for the industry, and especially for our oceans. Therefore, it is so critical to do the research and educate yourself. With the guidance from Seafood Watch we’ve been able to serve consistent, responsibly sourced seafood that’s the highest quality the oceans provide.

The reason we decided to partner with the Monterey Bay Aquarium's Seafood Watch program, as opposed to other organizations, is because we felt that their scientific-based approach to the protection and welfare of our oceans and the animals that live in them aligned with the values that are inherent within our company.

"Seafood Watch does not look at sustainable seafood in one particular way. They look at it from multiple angles before making any sort of assessment on a certain species," says Tony, "and once that is finalized, you can see the full cohesion, as Seafood Watch is fully transparent. This also makes it easier on the consumer to decide whether or not they want to buy and consume what seafood is being offered to them."

Seafood Watch helps to simplify this by a color-coded category list that can make the decision process smoother. Green being 'best choice,' blue being 'certified,' yellow being a 'good alternative,' and red being 'avoid."

Green, or 'best choice', means that this seafood has been caught or farmed in a way that does the least damage possible to habitats, other wildlife, and our oceans. Blue, or 'certified', is the second-best option, but it's important to remember that just because it is certified does not mean that some of their practices aren’t damaging. Seafood Watch serves as an excellent resource, allowing you to research if buying that specific seafood meets your expectations and values. The yellow, or 'good alternative' rating can be okay to buy, but know that there may be concerns about the way they’re caught or farmed. Lastly, we have the red or 'avoid' category. This seafood is overfished, caught, or farmed in ways that cause destruction to our oceans and all who inhabit them.

After six months of reading, researching, asking a billion questions, and studying up on sustainable seafood and its processes, our Conscious Earth program was born. But this was just the beginning! We now have 17 Blue Sushi Sake Grill restaurants, with several more in the works, where we only buy and sell responsibly sourced seafood - something that we have worked so hard to achieve and are extremely proud of. 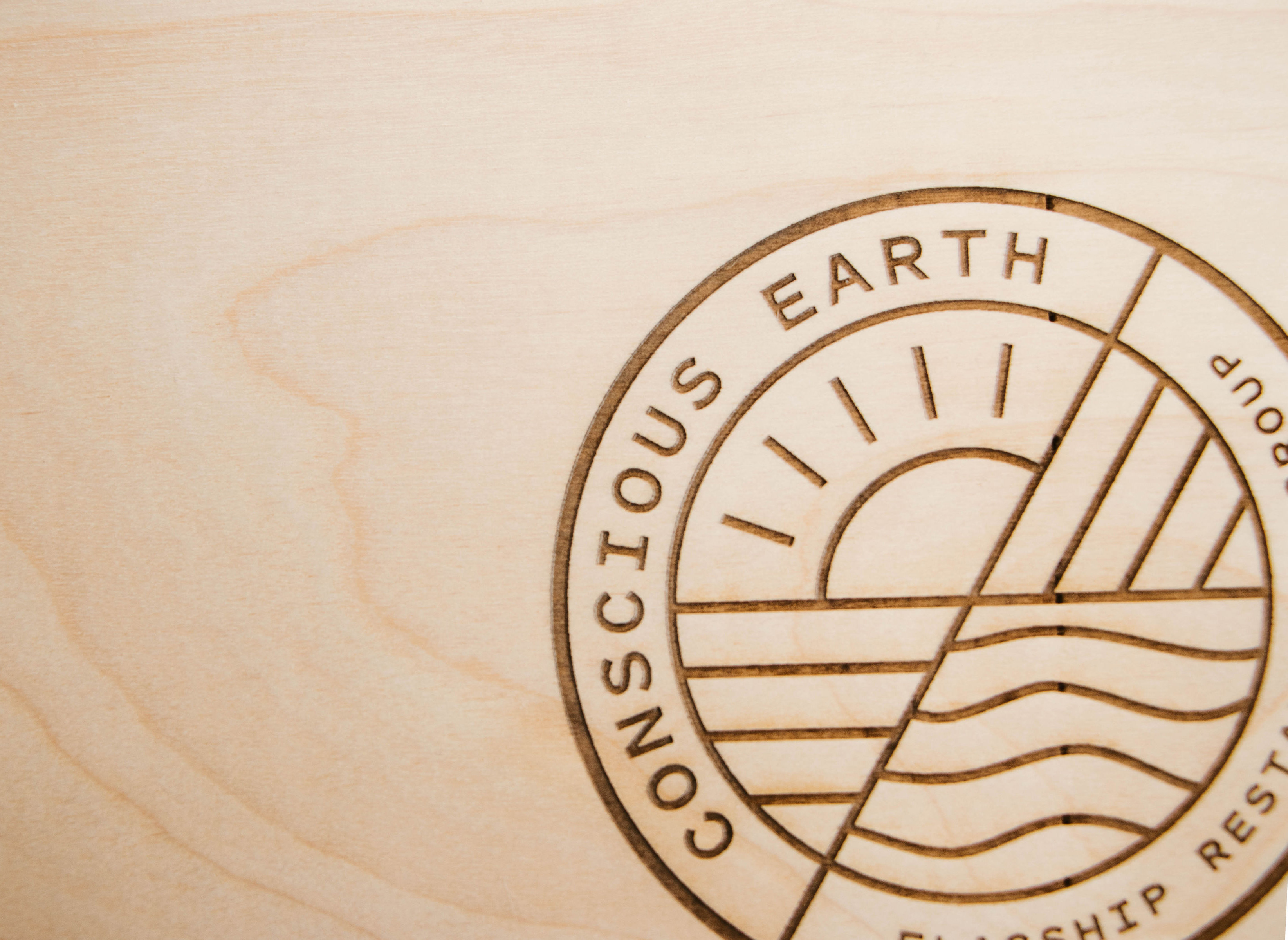 We are currently the country's largest restaurant group, with its principal concept being a sushi restaurant running a sustainably sourced seafood program in partnership with the prestigious Monterey Bay Aquarium Seafood Watch. We are committed to an endless pursuit of serving the highest quality seafood while making a positive impact on our oceans with the responsible sourcing and traceability of our seafood, all while being fully transparent with our guests.

At Flagship Restaurant Group and Blue Sushi Sake Grill, we've made it our mission to do our part, and we'll always work to educate our guests on responsible sourcing. Together, when education leads to knowledge, we can make a positive change for the world's oceans. 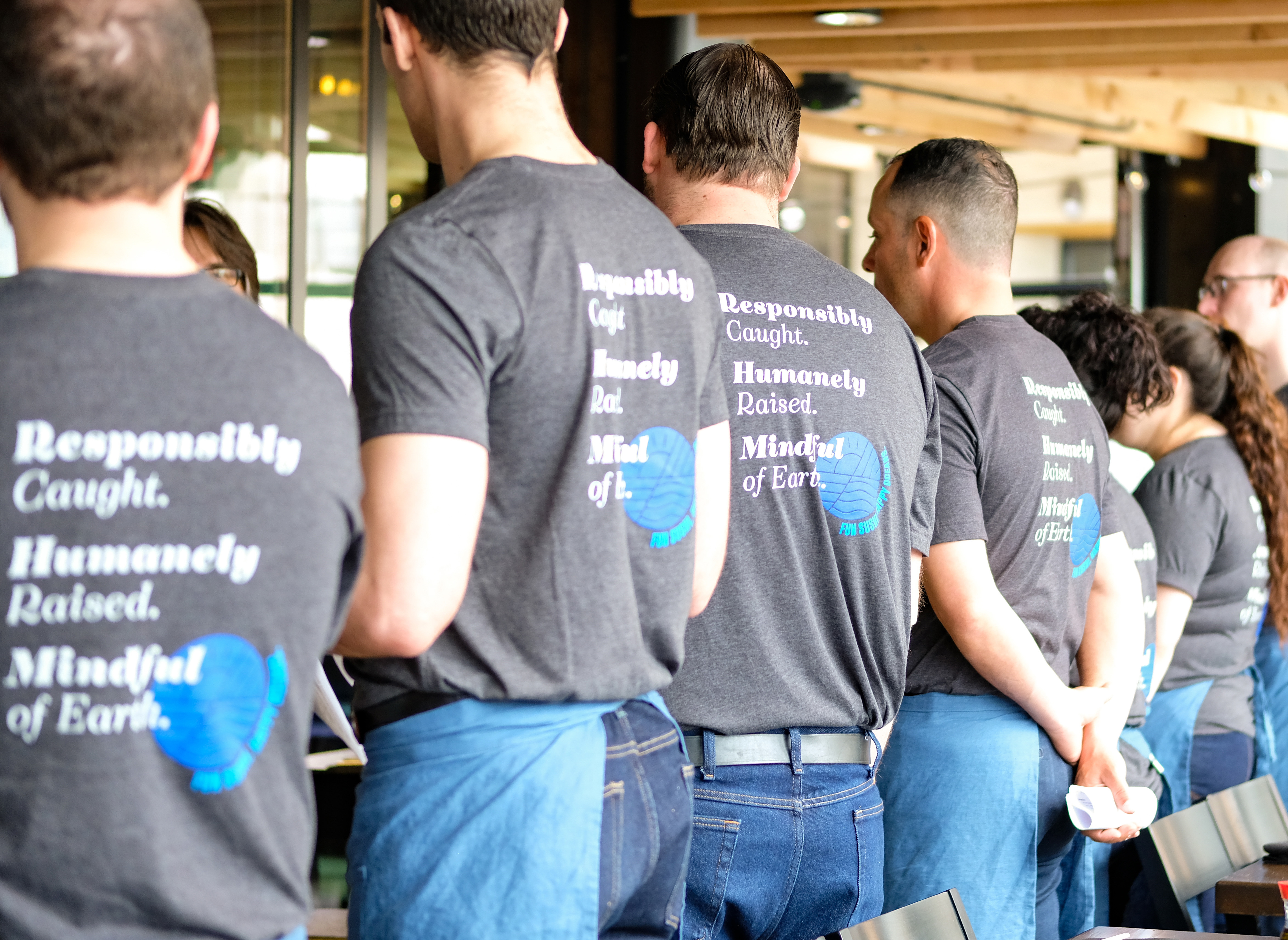 Flagship Restaurant Group and Blue Sushi Sake Grill's commitment to serving responsibly sourced seafood. A look into how it started, what it means and where it's going!

Prev All Sushi & Such Next

Receive exclusive offers, event invites, and a surprise on your birthday! New members get $10 off a $20 purchase.